All mammalian milk is made up of three main macronutrients – carbohydrates, protein and fats. The protein in the milk provides amino acids that are used for tissue growth and building up new cells, especially new muscle.

The protein fraction comes in two main groups – whey and casein. These two groups were historically made during the cheese making when milk was heated, leaving behind the solid part (curd). This is where most of the casein is. The soluble part left behind is where the whey protein is.

Immediately after birth, the immature milk (colostrum) of humans contains closer to 60:40 whey-to-casein ratio, but as breastfeeding continues, this slowly goes to down to about 50:50 [2].

To compensate for this, dairy milk is often dried out and separated into whey and casein, so that the whey part can be added back to make dairy products more like human milk, although breast milk naturally has the best balance of casein to whey for infants.

Whey protein, like any source of protein, is made up of amino acids. There are more that 20 different kinds of amino acids, and these are classified as individual nutrients. Most are used in the cells to replicate and form new tissues, while some of them are also used for energy production. Tissues that are growing rapidly, including muscle tissue, skin and blood cells, require a constant supply of amino acids.

Whey protein is very high in a protein called beta-lactoglobulin (beta-LG) [3]. Beta-LG helps with the digestion of milk fats, and by binding to nutrients, helping to protect them from acids in the stomach, so they can go on to be absorbed better in the intestine. Beta-LG transports some minerals, including calcium, and vitamins including vitamin A [4].

The main advantage of whey protein is that it is enriched in human milk. It is thought that the high whey composition of human milk is what makes it more satisfying for infants.

One possible reason for this is because whey leaves the stomach efficiently to be well absorbed [6]. This is called gastric emptying (GE). In one study in children, GE of whey protein was almost 50% faster than casein [7], with lower levels of digestive discomfort.

Another advantage is that whey protein from cow’s milk is higher in calcium than human whey protein, and this is true of cow’s milk in general. Combined with the naturally occurring BCAAs, whey protein, especially when fortified with a complete source of micronutrients, would support tissue building during growth and development.

In one very early study, infants with lower weights at birth were fed either a formula containing 40% whey, or one with 15% whey [8]. Infants in the 40% group grew larger and showed better absorption of  nitrogen (a part of amino acids).

Whey protein may also be more beneficial to the infant gut microbiome. In one study, whey protein formulas resulted in a bacterial composition that was closer to breastfed infants than those fed a casein-based formula [9].

Many milk formulas contain whey protein that has been enriched to emulate the composition of human milk. But nutrients formulas with whey protein are not just restricted to infants. Since whey protein is also used as a dietary supplement protein source in older age groups, it has proven nutritional benefits in different foods for preventing protein deficiencies.

previous
Cow’s milk vs human breast milk – how do they compare?
next
Nutrients required in a sole source of nutrition 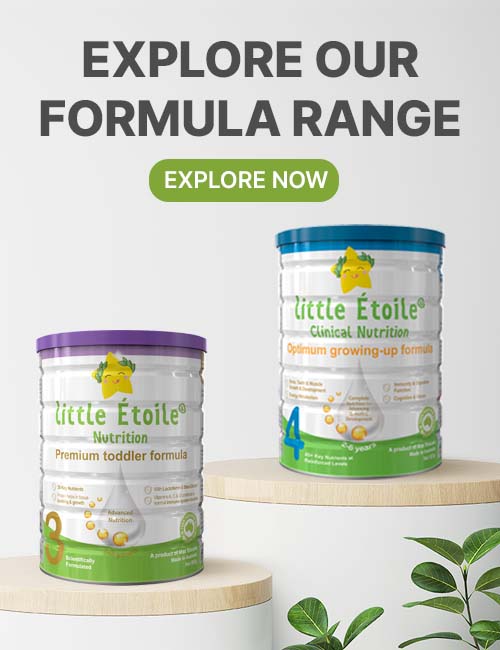